I Am An Instrument Illustrations 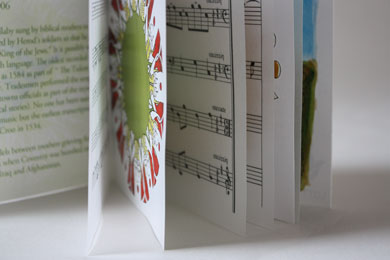 Cormac Faulkner wanted illustrations to be included in his CD that accompanied his sound installation.

Cormac Faulkner wanted illustrations to accompany his sound installation and CD at the Herbert Art Gallery. The illustrations, created using watercolours and ink, were produced as a direct response to the music and the meaning behind the songs.

Illustrations used in the CD inlay for the sound installation produced by Cormac Faulkner. 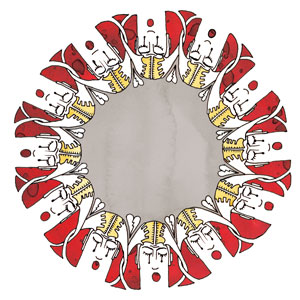 The Coventry Carol is a haunting lullaby sung by biblical mothers to their sons, who are about to be slaughtered by Herod's soldiers so that he does not lose his throne to a new-born "King of the Jews". It is possibly one of the earliest carols in the English language. The oldest recorded performance of the carol is dated as 1584 as part of "The Tailors & Shearmans Pageant" in Coventry. Tradesmen performed the song as entertainment for monarchs and towns officials as part of the mystery plays (morality plays based on biblical stories). No one has been associated with authorship of the lyrics or music but the earliest transcription was by Robert Croo in 1534.
Thematically the work draws parallels between mothers grieving for their sons in biblical times, in the 1940s when Coventry was bombed and now with the wars in Iraq and Afghanistan. 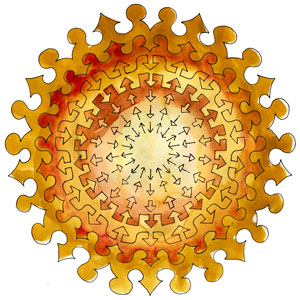 Sir Alfred Herbert's vision for the art gallery was that it would promote his vision for the city of Coventry and that it's inhabitants could see beyond their industrial roots to "wider views, far horizons and deeper thinking". This piece is designed to generate a feeling of progression: progression up the staircase, progression from having no art gallery to Coventry having it's first, and a progression in art that now incorporates new technologies, tools and spaces.
The music contains sounds recorded around the gallery and elements of Lady Herbert's speech at the opening of the gallery in 1960.

Since the blitz in 1940 Coventry has sustained numerous construction and reconstruction works. The city has always hummed, whirred and buzzed with the sound of industry. Re:Construction draws on the sounds of Coventry's past and present using the sounds of tools, machines and engines. The recordings were created using a mixture of electronic and acoustic sounds including drum machines, bowed cymbals, spanners and oil drums.